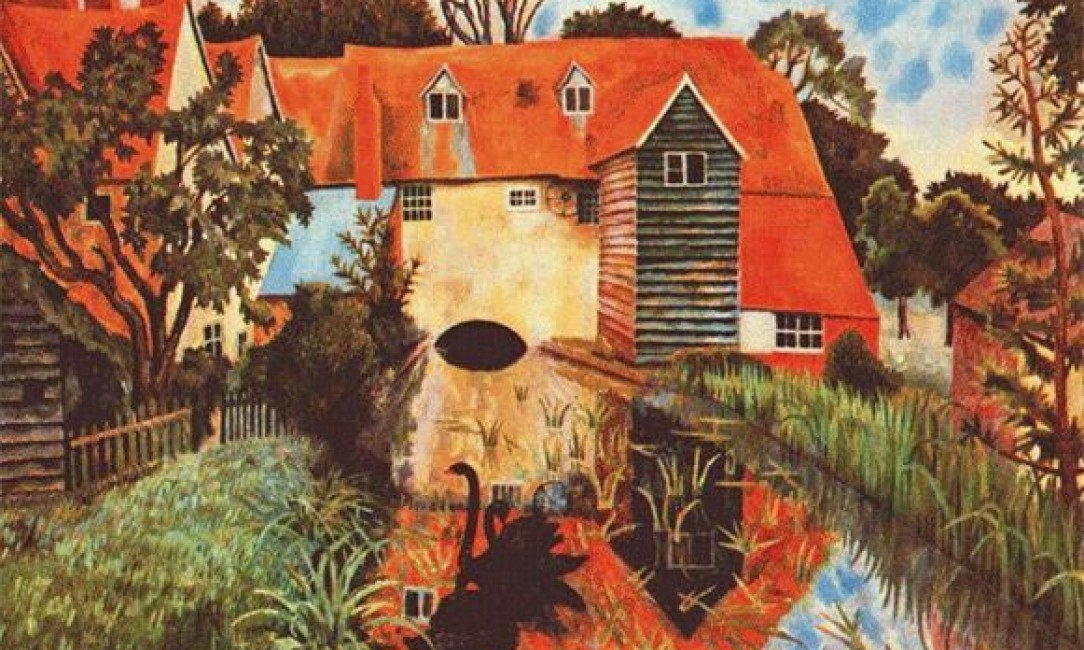 Including such stellar figures as the novelist Virginia Woolf, the artist Vanessa Bell, the economist Maynard Keynes and the popular historian Lytton Strachey, the Bloomsbury Group broke the Victorian mould in many different fields. They were sexually liberated many decades before the Swinging Sixties and equally passionate about another sensory pleasure. During an era when the kitchen was a no-go area for the middle classes – the difficulty of obtaining and retaining good cooks was a recurring theme in comic novels – they relished food.

‘Despite a profound ignorance of all aspects of food preparation,’ writes Jans Ondaatje Rolls in her readable and fascinating Bloomsbury Cookbook, ‘the members of the Bloomsbury Group were the “foodies” of their day: enthusiastic about tasty, “unfussy” dishes and passionate about… the heady flavours of southern French cuisine.’
Virginia Woolf took cookery lessons, made her own bread and utilised boeuf en daube as a metaphor for love in her 1927 novel To the Lighthouse. Two years later, she declared, ‘I have only one passion my life – cooking.’ She later boasted about the culinary productions emerging from her new oven, ‘My chicken brew; and a divine blood red soup, made of beetroot, onions, carrots, and i think a dash of some spirit.’ A recipe for borscht makes an appearance in The Bloomsbury Cookbook.

There are also a host of chicken recipes, including Hunter Chicken from Frances Partridge (a chicken and tomato casserole described by Rolls as ‘very good’) and Cockerel for Virginia, a ‘tantalising’ rechauffé dish combining roast chicken with lemon, honey and butter.
The best recipe I tried from the book was a simple creme brûlée by Frances Partridge (http://breadandoysters.com/recipes-from-the-bloomsbury-cookbook/). A dish revived in 1879 at Trinity College, Cambridge – the intellectual cradle of the Bloomsbury Group – creme brûlée was the favourite pudding of the young Virginia Woolf. Tempted by Rolls’s description ‘sweet and liberating’, I also made Apples: 46 Garden Square, a cake recipe devised by Rolls and inspired by a Vanessa Bell painting. It was certainly sweet – how could it be anything else with half a kilo of sugar? – but it seems strange to describe a confection with 360gm butter as ‘liberating’.  Somewhere between a cake and a biscuit, it is made of dried apple. It’s pleasing if consumed in minuscule cubes.
The more unrefined aspects of Mediterranean cuisine split the Bloomsbury Group and its followers. Gerald Brenan, who moved to an isolated mountain village in Granada, recorded the view of one visitor, ‘Anyone who could not see that Spanish bread and olive oil and lentil porridge and stews of salt cod and potato omelettes were better than roast beef… was a degenerate who did not understand the true values of life.’

This was not a view shared by all of Bloomsbury. Since Lytton Strachey’s favourite restaurant was Simpsons in the Stand, a temple to the roast, it comes as no surprise to learn that his visit to Brenan was a gastronomic disaster. As Michael Holroyd points out in his biography of Strachey, ‘The ruthless Spanish cuisine with its emphasis on potato omelettes, dried cod and unrefined olive oil played havoc with his delicate digestive system.’
Arguably, the most potent cook in the Bloomsbury Group was a peripheral figure, who utilised her culinary skills to bond a menage a trois. The accomplished painter Dora Carrington, who preferred to be known solely by her surname, laid aside her brushes to supply delicious dishes for Lytton Strachey, whom she adored even though a friend spelled out the problem with this passion (‘He’s a H-O-M-O-S-E-X-U-A-L’), and the handsome ex-army officer Ralph Partridge, who had a crush on her and was in turn pursued by Strachey.
Sadly, her recipes are lost but we can get some idea of her cooking for Strachey in their rural home from Holroyd’s biography: ‘She prepared large and delicious country meals for Lytton and his friends – home-made wines, game and raspberry jelly and good helpings of green vegetables from the garden.’ Her afternoon teas sound particularly tempting: ‘farm butter, honey in the comb, rich plum cakes baked in the oven, skilfully concocted marmalades and fresh warm loaves of currant bread, all neatly laid out on the table with a pink lustre tea-service.’ For those of us who are less than tidy in the kitchen, Carrington is something of a soul mate. ‘Behind the scenes,’ Holroyd writes, ‘there was indescribable chaos as if a bomb had exploded.’
A recent book of Carrington’s Letters reveals how Strachey ‘relied on her ruthlessly as his housekeeper and hostess’ to the detriment of her art. But she undoubtedly used food as a lure for her partners, both male and female. In 1920, she wrote to the besotted Gerald Brenan, ‘I’d like to please you with my letters, since I can no longer charm your stomach with delicacies. (PS By the way, was that a good marmalade pie I made you.)’ Particularly in the summer months, it is possible to recreate her cornucopias. Raspberry jelly, which makes a light, refreshing dessert, is a reminder of Carrington’s considerable skills. How she made it set in a pre-refrigerator era is a mystery. I obtained honey in the comb from an apiarist near Beverley in East Yorkshire. ‘A lot of foreigners buy it,’ she told me. ‘They say that eating it is like a colonic irrigation.’ Fortunately, there were no such consequences though when I tried a chunk it was an interesting experience. Perhaps the sweetest thing I’ve ever eaten, a taste bomb.  Most people eat it spread on bread and butter, Somewhat diluted, it becomes honey with character. Carrington’s kindliness and hospitality were evident even in her death throes after she shot herself following the death of Lytton Strachey in 1932. Apologising to the doctor for giving so much trouble, she gave him the key to the cellar so he could get himself a drink.

Visit http://breadandoysters.com/recipes-from-the-bloomsbury-cookbook/ for further details of recipes from  The Bloomsbury Cookbook (Thames & Hudson, 2014)