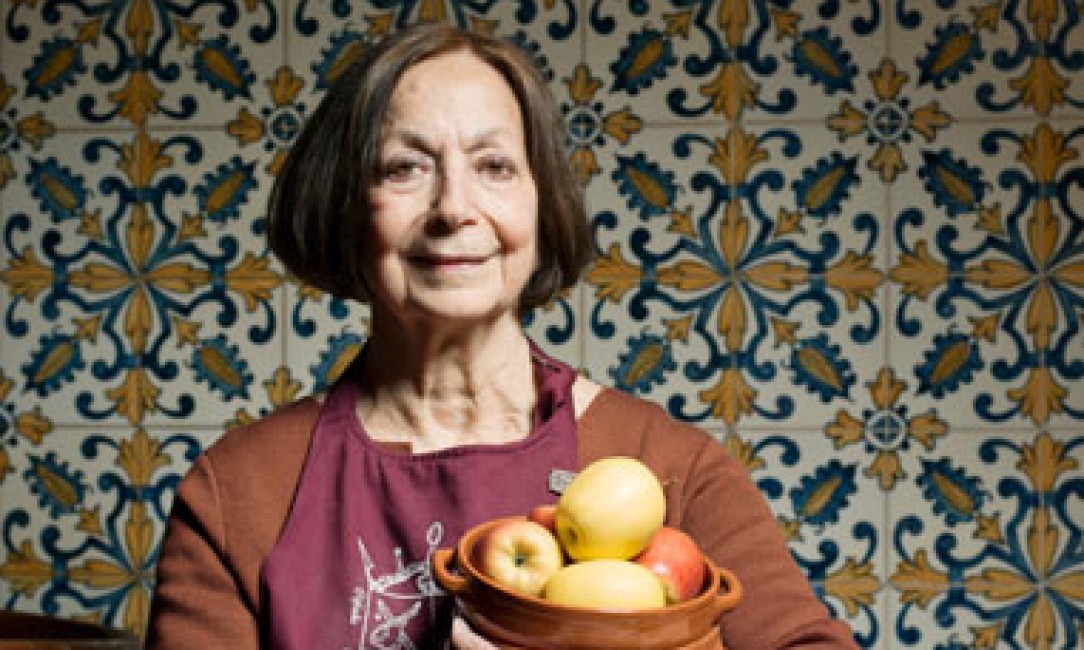 A few weeks ago, a friend brought us the welcome present of half a pound of white crabmeat from Guernsey. Very nice – but it was Christmas so this treat disappeared into the freezer. Coming across it by chance, I realised there was nothing I wanted more for supper than pasta with crab. My first instinct was to make a tomato sauce with capers and stir in the crabmeat, but I realised that the delicate flavour of the crustacean would be swamped even if I used fresh rather than tinned tomatoes.

Something simpler was required. Looking through my cookbook library for ideas, I found a distinct paucity of offerings. Not much in Rick Stein or Mitch Tonks. Crabs only get a fleeting mention in Marcella Hazan’s Marcella Cucina and don’t appear at all in Giorgio Locatelli’s mammoth Made in Italy. Then I thumbed through an old favourite for the first time in many years.

First published in 1989, the new edition of Claudia Roden’s Food of Italy carries plaudits from some of my favourite food writers. Russell Norman says it is his favourite cookbook: ‘Her writing is wonderful and she is incredibly thorough. I love this book in particular.’ Ruth Rogers and Rose Gray of the River Café declare, ‘It is one of the most used and loved books on our bookshelf… One of the most authentic of all Italian cookbooks.’

Better still, Roden has a simple recipe for tagliolini with prawns and crab in her chapter on Veneto. I must admit to taking a few liberties in my rendition. First off, I decided to skip the prawns and let the crab fend for itself. You start by gently frying a couple of chopped garlic cloves and a fresh chilli pepper in olive oil. When the garlic begins to colour (careful now!), you take it off the heat and stir in the crabmeat with more olive oil, the juice of a lemon and a large bunch of parsley finely chopped. (Since I only had a small bunch, I used a mixture of parsley and coriander.)

While this is heating, you cook the pasta. There was no tagliolini in the cupboard so I used 250g of capellini, the angel hair pasta that is similar to the fine strands in the picture of the dish in Food of Italy. After draining, I tipped the strands into a large ceramic bowl and stirred in the sauce. At first it looked a bit disappointing. The tiny flakes of crab and fragments of greenery all but disappeared among the angel hair. A classic example of Italian restraint, it looked rather pretty but in a plain sort of way.

After spooning out a couple of bowlfuls, I gingerly inserted a fork – but I shouldn’t have doubted the Venetian way with crab. Few places in the world are better at cooking fish. It was wonderful. With crab and lemon to the fore, the combination was complex, subtle and distinctly grown-up. The slight tartness of the coriander worked well with the lemon. After polishing off two generous bowls, my wife said, ‘A great discovery. Don’t lose that recipe!’ So here it is.

The original recipe in The Food of Italy by Claudia Roden (Square Peg, £25) serves four.

Tagliolini with prawns and crab

Heat 3 tablespoons of the oil in a large frying pan with the garlic, chillies and prawns and cook over medium heat, stirring and turning over the prawns until they are pink all over and the garlic begins to colour then take off the heat.

Stir in the crabmeat, the remaining olive oil, lemon juice and parsley and season with a little salt.

Cook the tagliolini in boiling salted water until al dente and drain, then mix with the prawn and crab sauce.