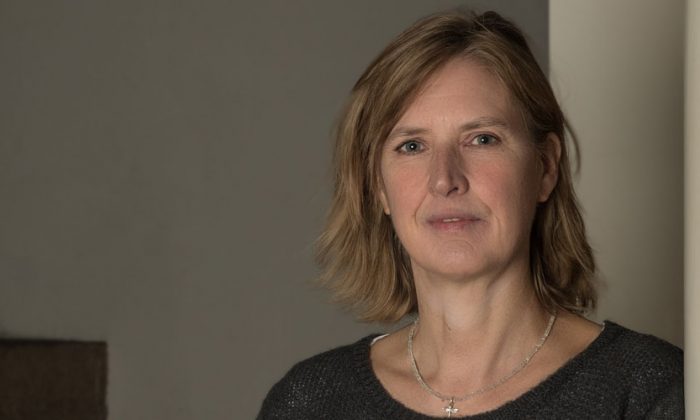 Seaweed is the latest superfood to hit the health shops, but its use can be traced back to Mesolithic man and the early Irish monks. Xa Milne investigates

My love affair with seaweed started a long time ago, prompted by a strange pregnancy craving for brown rice and seaweed, which was satisfied by a local Macrobiotic restaurant who specialized in eastern cooking. Not only was it delicious, laced with umami comfort, but it provided me with iodine, essential for the development of the baby’s brain and nervous system, as well as guarding against miscarriage. Of course I didn’t know any of this at the time, I was purely acting on my base instincts.

Years later I found myself on a beach in Scotland staring at the rippling shoreline at low tide wondering if the native seaweeds which were revealing themselves, were the exact same that I had experienced all those years ago in South East London. At the time Fiona Houston, fellow school mum, and I were researching the world of wild food for a book Seaweed and eat it and writing a weekend foraging column for the Weekend Telegraph. This had brought us into contact with inspirational Margaret Horne, a restauranteur who routinely picked seaweed from the shoreline as she walked her dogs. From a long line of seaweed eaters from the East Coast of Scotland, her grandmother cooked Dulse and potato soup to bolster the family’s diet when the fishermen weren’t providing. Margaret continued the tradition which can be traced back to Mesolithic man through early Irish monks to today where seaweed is the go-to ingredient for chefs.

We were hooked. The tender leaves of chestnut brown Dulse with a stunning reddish lustre, imparted a surprisingly mild taste, deepening on further mastication, with distinctly smoky savoury notes, with an underlying sweetness. Fiona and I both agreed that day, that by far the most interesting wild food we had stumbled on was seaweed, and it needed further investigation.

Mara Seaweed, the company, selling premium native seaweed into high end retail was born a few years later in 2011, having conducted extensive trials with chefs, home cooks and long suffering friends – anyone who would be prepared to take a leap of faith and swap salt for seaweed, and see what happened. From our investigations we learnt two important truths: use of ground dried seaweed in food guaranteed less use of salt, tick, and seaweed in food increased the umami content, therefore considerably boosted the flavour, tick. What was becoming increasingly obvious was its significant health properties. A superfood from the sea that grew richly around our shoreline.

With help from the Scottish government and various funding pots we managed to grow our business and set up a production hub having recruited a Seaweed Harvesting Manager Rory MacPhee, who was the first person in England to be granted a Seaweed Harvesting License from the Crown Estate, who control most of the UK’s shoreline (we were the first people in mainland Scotland to do so). We harvest from the East Coast, in Fife where seaweed stock is plentiful and latterly we have set up more outposts from where we bring in seaweed. Demands grow greater every day with more awareness about food being healthy as well as tasting good.

Seaweed contains all 56 minerals and trace elements essential for optimum health. They contain roughly 10-20 times the minerals of land plants and even as little as a spoonful will make a difference in your diet. Its low sodium content means fewer heart attacks and strokes, the iodine content means a healthier thyroid, which controls metabolism and energy levels.

Some of my happiest moments have been spent bag in hand, splashing in the shallows on the west coast of Scotland, picking fresh new season seaweed. As someone who delights in new season land veg, the first lettuces, new potatoes, broccoli florets, baby courgettes, I feel the same excitement for youthful seaweed. Selecting tender young leaves of Sea Lettuce, Dulse, and a handful of different types of kelp that proliferate off the coast of Scotland is a joy that is hard to quantify. The winter picked Pepper Dulse, found in protected rock crevises is a prize for the more seasoned forager, yielding a crop that tastes of garlic, pepper and salt with truffly notes. There is something satisfying about processing your haul, washing it in fresh water and laying it out to dry, before it gets crumbled into pots or stored in jars in a cool dark place. For those who want an instant hit and don’t have time to work out the tides, dried seaweed flakes are the answer. Thrown into a pot, dip, butter transforms everyday food and turns it into something special.

The Seaweed Cookbook by Xa Milne is published by Michael Joseph £16.99.    For a taste of Xa Milne’s seaweed recipes go to breadandoyster.com/recipes