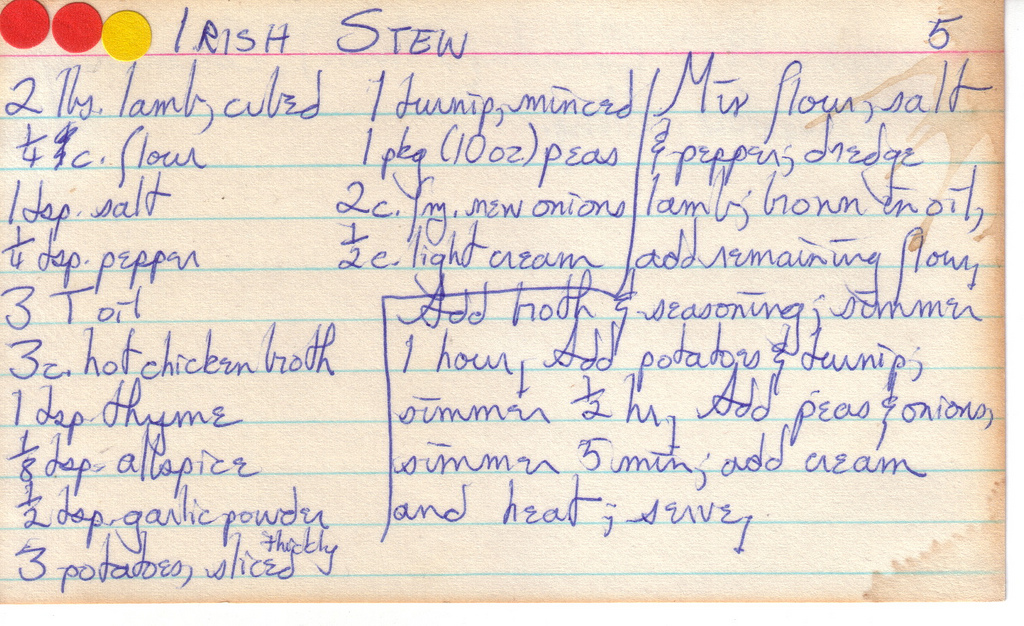 The Irish stew made at the mid-point of the celebrated voyage reflects the British belief, still strongly held, that more or less anything can be incorporated in this kind of dish.

‘George said it was absurd to have only four potatoes in an Irish stew, so we washed half-a-dozen or so more, and put them in without peeling. We also put in a cabbage and about half a peck of peas. We overhauled the hampers and picked out all the odds and ends and the remnants, and added them to the stew. There were half a pork pie and a bit of cold boiled bacon left, and we put them in. Then George found half a tin of potted salmon and he emptied that into the pot. I fished out a couple of eggs that had got cracked and put those in. George said they would thicken the gravy… It was a great success, that Irish stew. I don’t think I ever enjoyed a meal more… The peas and potatoes might have been a bit softer. But we all had good teeth, so that did not matter much: and as for the gravy, it was a poem – a little too rich, perhaps, for a weak stomach, but nutritious.’