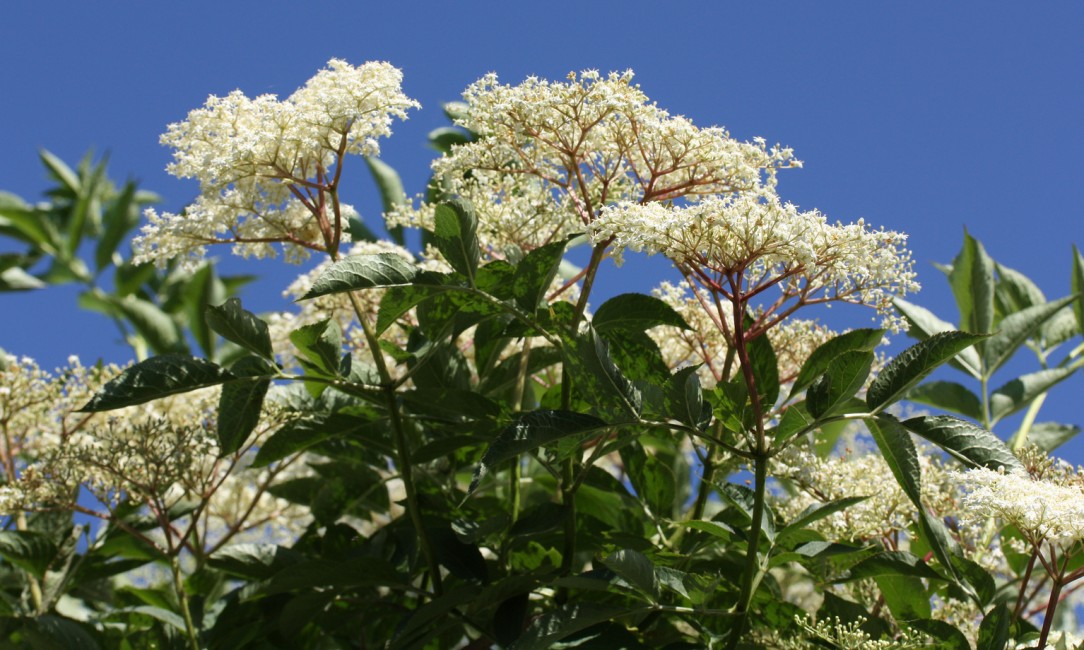 It looks like being a good year for elder flowers and fruit… Elderflower buds make a delightful pickle, which is also useful as a garnish, and, as all that has to be done is to pour hot white wine vinegar into the jars full of unopened flower-sprays, tying them down when cold, not much trouble is involved.

The cream flower sprays, picked in perfection when the sun has been on them, just as they open, make delicious light fritters. Each spray should be halved before being dipped into the batter, and the fritters should be served with sugar and lemon, lemon juice or orange juice mixed with honey or maple syrup. When making gooseberry jam or jelly, about four large sprays of open flowers added to each pound of gooseberries give a most subtle flavour to the finished product. This was probably the grand Arcanum, the special mystery, of the transmutation of gooseberry jam to guava jelly, into which Mrs Botherby was going to initiate Mrs Simpkinson in The Spectre of Tappington. Having tried it, I do not wonder that Mrs S preferred the short sejour in the still-room to viewing the ruins of Bolsover Priory in company with that long-winded bore, her husband.

Taken from Salmagundi, a Calendar of Sundry Matters published by Dent 1947

The Spectre of Tappington, the story of a haunted house and a missing guest, is by Thomas Ingoldsby (1840)