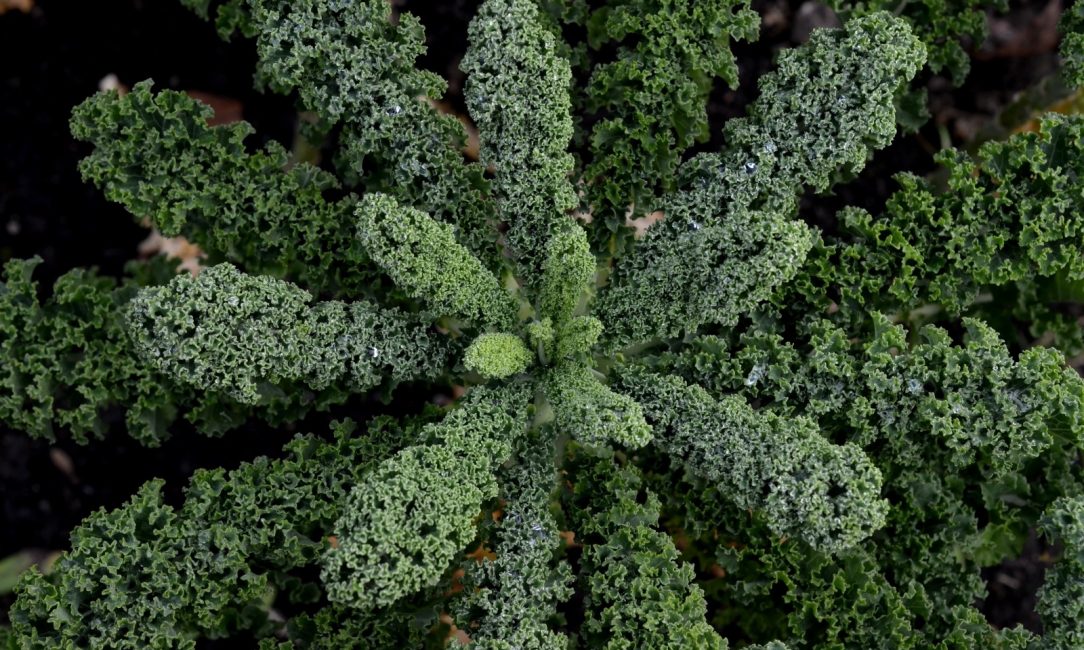 When lettuce is rationed and broccoli is just a memory, what do you eat instead…. a steaming bowlful of British kale, advises Edan Ambrose

In a winter world of post-truth, alternative facts and totalitarianism, the last thing you want is a thinning plateful of iceberg…. How fortunate then, that supplies of salad from Spanish farmers have dried up. The rain on the plain has intervened, killing off lettuce, broccoli and courgettes and, like a foretaste  of Brexit, we’ve been thrown back on our own green resources. And that, in February Britain, means kale.

Once upon a time (in 2013) kale was a superfood;  rich in calcium, folate and lutein (an anti-oxidant which helps keep eyes healthy), vitamins A, C and K and virtually fat-free. It even had its own website, discoverkale.co.uk. Now, luckily for us, it still is. Kale is a plant that just keeps on giving, something of a triumph for a vegetable that is basically just a cabbage that doesn’t heart up, and has until now, been fed almost exclusively to medieval peasants or cattle…

Kale is a member of the brassica family and was the ‘ordinary greenstuff’ of the rural poor right up to the end of the Middle Ages when cabbages were bred. In England, kale was known as cole or colewort; kale (or kail) is the Scottish name; a kailyard or kale field was common in Scotland, and considered such a powerful image of rural life (kail was the generic word for dinner) that it spawned a whole literary movement in the 1890s – the kailyard school of fiction, of which J M Barrie was a member and which was applied to writers who chronicled the trials of life in Scottish farming communities.

From its hardy presence in dour Scottish novels, you can gather that kale is a tough, no-nonsense plant – it loves mud, cold, rain, even a strong frost, and will keep on growing long after wimpier greens have given up the ghost.

At this time of year, bleak mid-winter, out in the British fields it’s the kale that’s the star of the show, still growing strong amidst an apocalyptic landscape of mud and water and other, rotting, vegetation.  The kale season is roughly September to March/April – it’s one of the few green plants in this country to cover the ‘hungry gap’ in January and February (another is kale’s cousin cavolo nero).

Walking through a field of kale, especially after rain, is like walking through a low-level shower – thoroughly drenching to the legs. Curly kale, up close, is a beautiful plant, like an artfully arranged green wedding bouquet on a thick stalk, the leaves ruched and springy like some futuristic material. Some varieties grow so tall that you can chop the stalk off and use it as a walking stick, it’s so tough. In September, before the kale is picked, it looks as though someone has spread a huge green duvet over the land.

For health adddicts, the darker the leaf, the more healthy the food. Most of the goodness comes in the outer leaves. If you’re growing it,  you can eat it raw straight off the plant… So, in freezing February,  what do you do with a bunch of kale? Make an anti-cold-weather soup out of kale, potatoes, onions, garlic and harissa paste. Or conjure up some kale chips: chop up the leaves, rub them with oil and bake in the oven. Most of the goodness is in the stem, so keep that in, though lots of recipes tell you to get rid of it. But you don’t have to do anything fancy with kale – just steam it and have it with a roast. It’s delicious…

Visit discoverkale.co.uk for further information. See below for a warming winter Kale soup

Heat the oil in a deep pan. Add the onion and fry until translucent. Add the garlic and the potatoes and a teasp of  harissa paste if using. Stir to coat. Add the stock gradually, keeping some in reserve if  the soup looks too watery.  Cook for a couple of minutes and then add the tomatoes if using, the cannellini beans and the kale. Cook on a low heat, stirring occasionally, until the potatoes are done. Add more stock if necessary. Season with salt and pepper. Add the parsley, stir and serve in big bowls with chunks of bread.

For a meaty version, fry a couple of sausages until beginning to brown, before the onions, remove from pan, chop and then return to pan with the potatoes