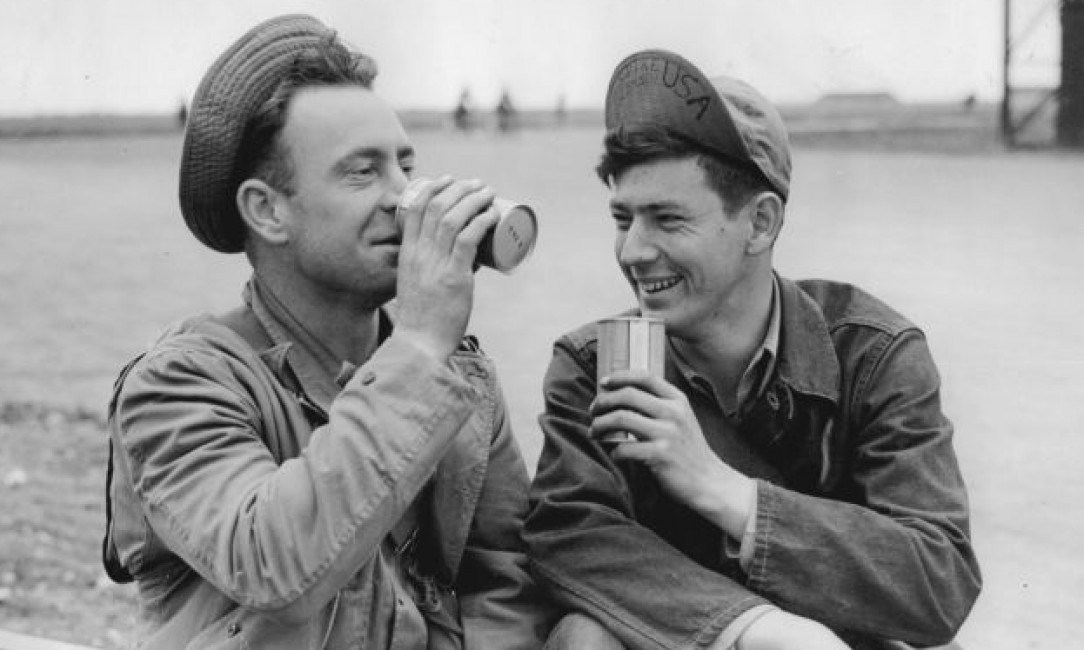 Bread and tea, tea and bread – when I started researching my new novel, I kept coming across these staples of our British diet. A story built from a snippet of Dorset history in 1878 grew into a much bigger novel set just before D-Day in 1944, and all I could see were the similarities between the two time periods. It was as if everyday life in rural Dorset – food, housing, dialect, social structure – had carried on unchanged for years until the arrival of the US army brought it all to a sudden stop.

The more I read, the more parallels I found. Both in Victorian times and during WW2, food was scarce in the Dorset countryside – in the late 1870s because of a series of wet summers that ruined the crops and nearly bankrupted the farmers, and in the war years because of rationing and shortages.  In Victorian Dorset, farm labourers – some of the worst paid in England – soaked burnt toast in hot water as a desperate substitute for tea. In wartime Dorset, tea became weaker and weaker in an effort to eke out the ration of two ounces per person per week.

The similarities didn’t stop there. Both in 1878 and 1944, killing a pig was a community event (which is why pork and bacon feature so prominently in the novel), beer was prized (the pub or inn was the social hub), and most people ate bread at every meal (never rationed during the war, but the National Loaf made from wholemeal flour was universally disliked). 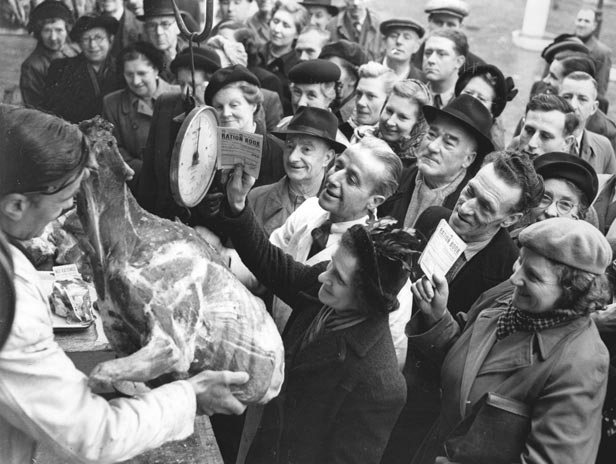 If you were rich, then as now, many of the food restrictions didn’t apply. Victorian landowners didn’t go hungry, and in 1944, if they didn’t want to put up with rationing, the wealthy could eat out in restaurants (and, like Harold Nicolson, drink magnums of champagne at the Dorchester).

But money didn’t always buy you what you wanted. Juliet Gardiner in her wonderful Wartime Britain 1939–1945 remembers how Theodora FitzGibbon, an artist’s model living in Chelsea, couldn’t even find offal as the war progressed, even though it had never been rationed at all. She complained to her butcher that all animals seemed to be born without tongues, tails, hearts, kidneys, livers or balls.

So more by accident than design, I ended up writing about two periods of English history, seventy years apart, when for most people the everyday diet was restricted and monotonous, and everyone fantasised about the food they couldn’t eat.

Then the Yanks arrived. Grey deprivation was suddenly splashed with colour. By May 1944, one-and-a-half million US servicemen were stationed in Britain – 280,000 of them in Dorset. With the Yanks came food – abundant, exotic, extraordinary food that stunned the tired, dirty and hungry Britishers.

Children living near US bases were particularly lucky. In Wareham’s War, Terence Davis describes GIs handing out currants and sultanas, tins of pears and peaches, and even oranges and bananas. One hungry teenager, loitering by the GIs’ cook house, was amazed to be offered hot sausages and pork chops on thickly buttered bread. The melting butter ran down his face. ‘I can taste it now! It was like Christmas and birthdays and everything all wrapped up together!’ 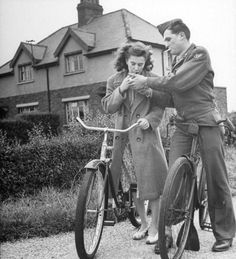 In Stewart Borrett’s A Swanage Wartime Childhood, Richard Hill Brown, then about seven, remembers an American Red Cross truck handing out doughnuts that were ‘light and floury and not sickly sweet’.  Derek James  – from a family of nine children, whose mum used to send him to the butcher for sixpence worth of scrag end – was given his first taste of peanut butter by GIs, and later, at Christmas, a plate of turkey, roast potatoes and pineapple, a combination he found both exciting and intensely puzzling.

Other culinary treats were new twists on traditional recipes. My character Tom Lawrence, a US soldier, recommends turning offal into scrapple, a breakfast staple enjoyed in Pennsylvania, Delaware and New Jersey. Although recipes varied from family to family, the basic idea behind scrapple was a mush of pork parts and cornmeal simmered in stock, shaped into a gelatinous loaf and then fried – a different way of using up every ounce of pig for British cooks used to making hog’s pudding or brawn.

My novel describes a moment when the old ways have to end – when people have to face up to what they’ve done in the past in order to be able to start living again. All the way through, food seemed to be the right metaphor. With the arrival of the GIs, everything changed –new tastes, new experiences, new ways of looking at what had gone before.

Marianne Kavanagh’s wartime thriller Should You Ask Me is published by Hodder & Stoughton, £16.99 this week. For Marianne’s recipe for Delaware Scrapple see breadandoysters.com/scrapple