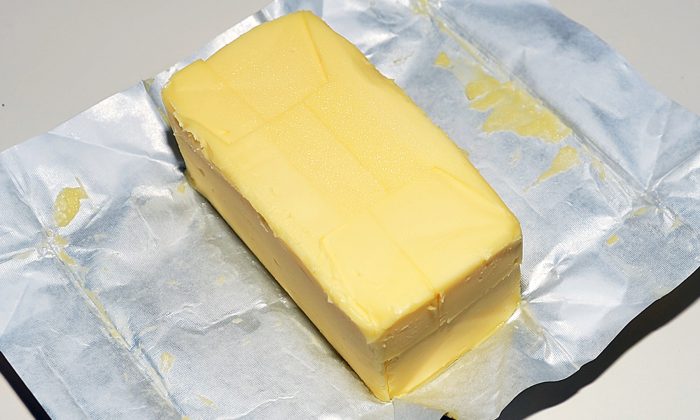 For the first issue of Bread & Oysters, Christopher Hirst makes 10 Food
Proposals ranging from how to eat Yorkshire pudding to a rousing cheer for butter. Stressing simplicity, seasonality and quality, they form a manifesto for this online magazine. Like Anna Del Conte’s 10 Commandments of Italian Food, recently published in The Guardian, we want to make the most of  our own splendid ingredients.

There’s nothing wrong with Brie de Mieux, Comté or Roquefort but can you imagine a French dinner ended with a wholly foreign cheese selection, as often occurs here? I try not to make a song and dance about it but when a cheeseboard appears without at least one of our great British hard cheeses, I feel a pang of disappointment. Subtle and delicate with transporting hints of pasture and flower, they can be counted among the world’s greatest dairy products. The names are a litany of culinary excellence: Lancashire Tasty, Wensleydale both natural and blue, Gloucester single and double (I prefer the former), Cheshire, Caerphilly, Shropshire and, of course, Stilton and Cheddar.
Some experts say that for dinner table wow factor, you’re better off with a massive lump of a single cheese (I’d go for Montgomery Cheddar) rather than a flotilla of small wedges and cylinders. Don’t forget that British cheese has a role
far beyond the cheeseboard or sandwich. Lancashire is the one for toasting. The partnership of cheese and fruitcake brings together two of Britain’s great culinary glories. Of course, it must be a hard British cheese (Wensleydale in my view).
Fruitcake and Brie? No, thanks.

The reason is partly moral. If we take the life of an animal, the least we can do is eat all of it, not just a few prime cuts. This should be no great hardship since offal (so named because it falls off the carcase) is some of the tastiest meat of the beast. Unfortunately, memories of childhood encounters with intractable liver and kidney deter many people from enjoining these items. Accompanied by a prize-winning restaurant critic, I recently went for a snack at St John in Smithfield, where the great Fergus Henderson propounds his Nose-to- Tail philosophy in one of London’s most honest menus. When I suggested devilled kidneys, my friend experienced a Proustian return to the inedible nuggets of his Battersea childhood. I persisted, saying I’d eat them if he couldn’t. When Ferg’s kidneys arrived, my friend bravely absorbed a sliver. There was an anxious moment before he uttered his verdict. “But they’re lovely. Why on earth haven’t I been eating them before?” The same applies to liver and onions, fromage de tete, brains in butter, brawn (try it at the restaurant of that name), spleen and chitterlings (roast pig intestines). I’d add tripe, especially when cooked Florentine-style in a stew with bacon and chilli, but I wouldn’t make it a Commandment.

This how they do it in my birthplace of Yorkshire, where they know a thing or two about the eponymous pud. Just as one of Anna Del Conte’s commandments declares that pasta should be consumed by itself without salad, the same applies to our own national treasure of Yorkshire pudding. Served alongside the manifold trimmings of the roast lunch, it just becomes another vege, a sad, flaccid circle of batter, but when served by itself with a splash of excellent gravy it becomes the perfect starter for a roast, satisfying but not too filling. Personally, I like the Yorkshire pudding of my childhood, which was cooked in a great square tray and cut into quarters for serving. But I’m not implacably opposed to Yorkshire pud in the more conventional form of a small, proudly standing swirl, as long as I get three or four of them. I’m not violently antagonistic to Auntie Bessie’s puds (though I harbour doubts whether such a person actually exists). Better an industrially made pud than none at all. What is important, however, is the gravy. This vital anointment should present no great problem as long as you have a drop of red wine and/or vegetable stock to amalgamate with the debris at the bottom of the roasting pan. It should be thinnish and available in plentiful quantity.

4) Don’t be afraid of butter

Though its reputation has waxed and waned, butter is currently enjoying a welcome resurgence. Is there any better start to the day than a slice of toasted sourdough with every mouthful holding its own reservoir of molten butter? You may not eat another speck all day but your morning has got off to a golden start. Yet until quite recently, the northern answer to olive oil was regarded as instant death in rectangular form but nutritionists have now given butter the thumbs-up (rich in fat-soluble vitamins and healthy fats). The realisation that we might just survive an occasional infusion of butter means we can enjoy Simon Hopkinson’s legendary roast chicken. Liberally smeared with a full quarter pound (225g) of butter, both inside and out, it is the best, most emollient roast bird you are ever likely to eat, at least in this country. Though we are willing to splash olive oil into Mediterranean dishes, there remains wariness with butter. Yet a decent amount is required, both fore and aft, when making scrambled eggs (see Proposal No. 5). No one is saying that you have to eat it all day, every day, but for the undiluted taste of luxury at modest price there is nothing to compare with butter.

5) Learn the art of the scrambled egg

Scrambled egg is one of the few dishes that you can make every bit as well as Heston, Michel or Raymond. Your version may even be better. Though often disappointing when eaten in restaurants, it is no great hardship to make well, merely requiring fresh eggs, butter and plenty of patience. That’s why the hotel scramble is usually rubbish. It is a skill worth acquiring for as Richard Olney pointed out in his masterpiece Simple French Food, “Correctly prepared… scrambled eggs number among the very greatest delicacies of the table.” Just melt a decent-sized blob of butter in the pan at very low heat, add beaten, seasoned eggs (at least three, preferably four or five) and stir constantly with a wooden spoon. At first you think nothing will ever happen, then the egg slowly coagulates on the bottom of the pan. Towards the end, add more butter and carry on stirring. Take off the heat just before it’s done, carry on stirring and serve. That’s what works for me, but the scrambled egg has split one of the best-known culinary families in Britain. Michel Roux Snr of the Riverside Inn, Bray once told me, “I do mine over very low gas using a diffuser.” But his nephew, Michel Roux Jr, of the Gavroche in Mayfair recommends “a medium to high heat” for “the perfect creamy scrambled eggs”. I know which one I’d prefer.

Forget the elaborate concoctions of Masterchef, praised or damned by the idiotic martinets who present this theatre of cruelty. Nobody cooks like that in a domestic kitchen, least of all professional cooks, who are likely to come up with a one-pot dish when entertaining at home. The guiding principle of British food is the simple cooking of excellent ingredients. I once asked the esteemed Scottish cook Jeremy Lee of London’s Quo Vadis how much his dishes depended on the quality of ingredients and how much on his expertise. “I’d say the ingredients account for 90 per cent. Maybe more. Sourcing is pivotal.” After buying the best ingredients, which rarely come cheap, the last thing you want to do is mask their quality with layers of fussiness and showing off. As the great Escoffier (a man who had a profound influence on British cuisine) declared, “Faites simple.”

Yes, I know that seasonality has become a slightly tedious shibboleth due to excessive repetition. I also know that the additional cost of air miles is marginal. But seasonality still makes sense. Importing out-of- season peas from Peru or asparagus from Guatemala is unnatural and decadent, however cheap and efficient the cold chain may be. Sure, I wouldn’t want to do without imported oranges, lemons or bananas. Or wine for that matter. But there’s something plain wrong about eating the staple crops of Britain earlier than we should. We should be enjoying cabbages, leeks and root vegetables in the cold months and more delicate vegetables when the weather turns warmer. We need something to look forward to. The glorious cuisines of France and Italy mark the passing of the year by using ingredients in the right seasons and so should we.

8) Get back to full-cream milk

Sample the sorry stuff sold as milk in America or France and your taste buds tell you that British milk is one of the glories of these islands. Rich and satisfying, it is also absurdly, perilously under-priced. Yet, for debatable health reasons, we normally have it in adulterated form. I’m not referring to the no-fat version, which is simply beyond contempt. You might as well add a drop of cold water to your coffee. Semi-skimmed may seem OK (though the skimming removes important fat-soluble vitamins) and that’s what most people go for. In fact, it’s very hard to find full-fat milk in Marks & Spencer. We used semi-skimmed for many years then one day I happened to buy full-fat by accident. Its richness and tastiness were a revelation. Going back to semi-skimmed seemed some kind of weird penance. It wasn’t milk but something that looked like milk and tasted only distantly like it (no-fat is not like milk at all). Since then, we’ve only had full-fat on our breakfast granola and in coffee. I can’t imagine ever going back. I’d sooner have less fat by drinking less milk, not by drinking sub-standard milk.

Is any other foodstuff as tasty, satisfying or beautiful as British shellfish? From lobsters to cockles, crabs to scallops, langoustines to mussels, there is nothing to compare with their concentration of maritime flavour. The painters of the 18th century often made crustaceans the centre-piece of their still-lives. Shellfish still makes the most picturesque and tempting of starters. Yet, bizarrely, we allow 50 per cent of these glorious fruits of the sea to go abroad to France, Spain and Portugal, fish-loving countries willing to pay a premium for the superb quality of British shellfish. Making up for the 50 per cent that leave these shores, we import a similar quantity from the shrimp farms of the Far East. Such warm-water crustaceans have nothing like the flavour of creatures from the chilly seas around our shores. In the case of the plump, deliciously saline cockle, the export figure rises to 90 per cent. The Portuguese are nuts about this humble bivalve. Are we mad?

Though not really about good food, this is the most important Proposal of the lot. The most significant difference between the young of Italy, France and Spain and our indigenous youth is that southerners always accompany drink with a meal or snack. It need not be much. In Spain, a tapas or two does the job, while over here a sandwich or even a bag of crisps must suffice. We tend to forget just how potent drink is. Just a pint of strongish ale can mess up your head. But eating even a morsel has a quite disproportionate effect on alcoholic potency. That’s why it’s pleasant to stroll in most continental cities late at night but often a scary experience in Britain. There are any number of reasons for this state of affairs, including excessive food pricing, lack of decent snacks in pubs and an irrational, if deep-rooted antipathy to simultaneous eating and drinking. Here, the very notion is regarded as effete and uncool. But if our young could be persuaded to take onboard a nibble with their beer, this country would be a far pleasanter place.