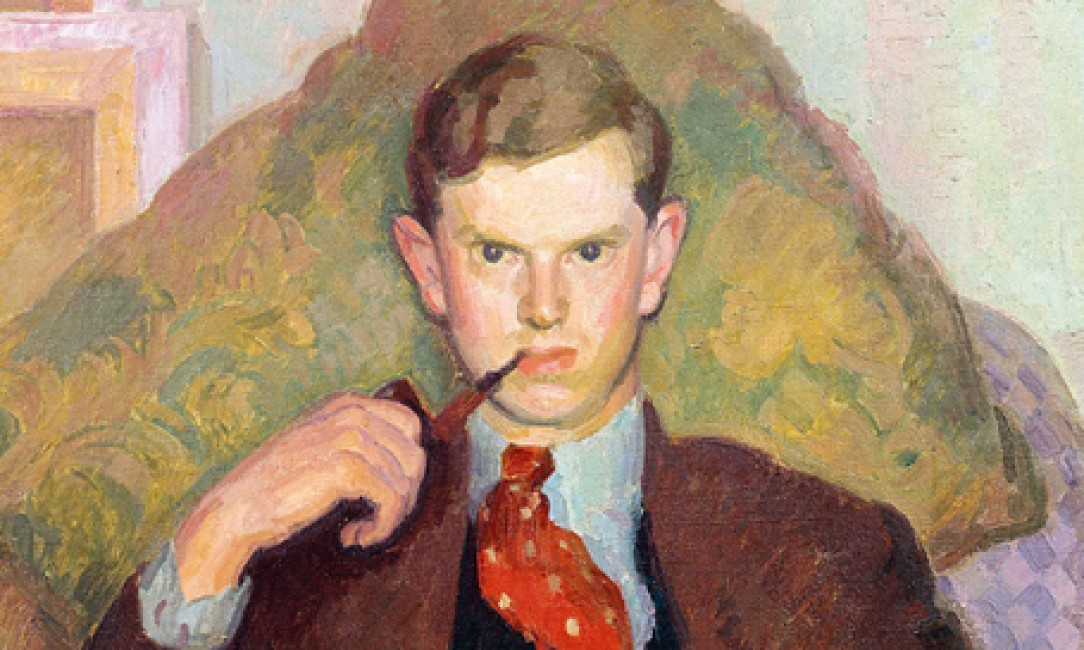 Well-heeled Waugh fans can enjoy an on-going treat in the projected 43 volumes of The Complete Works of Evelyn Waugh from Oxford University Press. Generally, the tribute of a learned edition goes to the daunting sobersides of literature, so it is a pleasing departure when a literary comedian (at least in his early novels) second only to the immortal P.G.Wodehouse is honoured by a shelf of impressively annotated volumes. But why should Bread & Oysters take an interest? My justification is based on the dedicated gourmandising of Waugh. Since this characteristic frequently invaded his prose, culinary matters are likely to figure heavily among these scholarly elucidations.

This is the certainly the case with Waugh’s 1930 satire Vile Bodies. Costing £65, it is one of the first five volumes to be published in the series. Tasty notes from the editor Martin Stannard, a notable Waugh biographer, range from ‘kedgeree’, described by Waugh for the benefit of a French translator as ‘A kind of pilau introduced into England from India and, before the war, an excellent lunch & breakfast dish consisting of rice, eggs & salmon or haddock’, to ‘mixed biscuits [bought] at a co-operative store’ by a ravenous party of bright young things. This is glossed as ‘possibly a misnomer for “broken biscuits”, damaged goods usually only bought by the poorest.’

In the more general gastronomic milieu, we learn that ‘jam’ was a synonym for ‘easy’, ‘a real old bust’ was a drinking spree or bender, strawberry leaves are a ‘heraldic symbol of highest aristocracy’ and the term ‘chub fuddler’ is not a comic invention but a river man with an expertise in killing off inedible fish prior to trout fishing.

Stannard notes that a journalistic fantasy conceived by one character that the ‘buffet at Sloane Square tube station had become the haunt of the most modern artistic coterie’ refers to ‘a small Refreshment Room near the booking hall’. For an alternate possibility, I would advance the long-departed bar on the westbound platform, which may be recalled by older readers. This subterranean hostelry was mentioned by Iris Murdoch in her novel A Word Child, along with a similar platform bar at Liverpool Street.

Even canine cuisine gets a footnote. It explains the advertising slogan, ‘Every Molassine dog cake wags a tail’. We learn that Molassine was ‘a well-known “miracle” animal feed derived from molasses, used to create horse feed and ”Vim”, a pink dog biscuit.’ Stannard goes on to inform us that ‘the Molassine Company’s Riverside factory on the Greenwich Peninsular was infamous for its disgusting smell.’ The factory closed in 1981. Since I lived nearby at the time, I can vouch for the penetrating nature of the pong, which could make its way over Blackheath if the wind headed in that direction.

One culinary item left unexplained by Stannard occurs in the lavish afternoon tea described in a litany that might come from Three Men in a Boat: ‘hot buttered toast and honey and gentleman’s relish and a chocolate cake, a cherry cake, a seed cake and a fruit cake and some tomato sandwiches and pepper and salt and currant bread and butter.’ Since it is a minority taste these days, the take-no-prisoners anchovy spread correctly known as Gentleman’s Relish (it is a proper noun) should perhaps have been explained though it will will almost certainly be familiar to any devotee of Waugh.

As the Waugh project trundles its way to the 43rd volume, there are at least a couple of works that promise a crop of gastronomic footnotes. Concerning his best known novel Brideshead Revisited (1945), a slightly shamefaced Waugh later admitted, ‘It was a bleak period of present privation and threatening disaster… and in consequence the book is infused with a kind of gluttony for food and wine.’ There is no such excuse for one of his least known works, Wine in Peace and War (1947), which was a privately printed history of the St James’s Street wine dealer Saccone & Speed. Presumably for tax reasons, Waugh was paid in champagne. His dedicated fans will await the footnotes with interest.