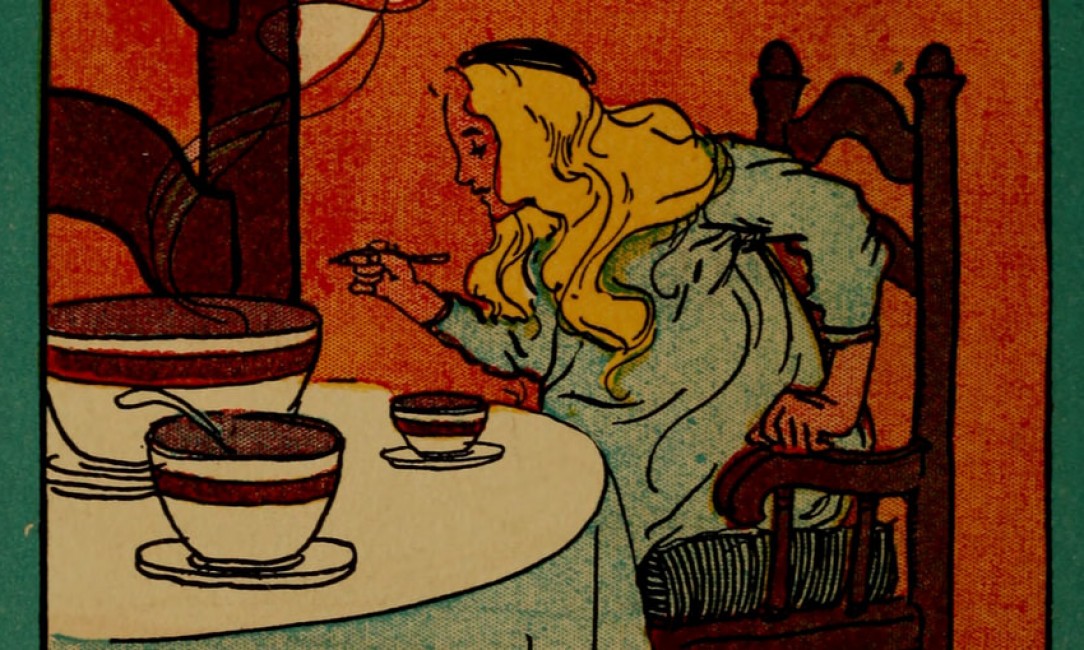 Cold, wet and miserable…? A bowl of hot oats is the answer says Sally Bayley, but getting it right requires patience

On a wintry day there is nothing more comforting than a bowl of porridge. ‘This will soon warm us through’ my grandmother would say as we hovered over the hob. My grandmother taught me how to make porridge; I was eight and learning how to type in her narrow seafront flat. Porridge, she promised, would help keep out the cold.

Porridge came after the typing lesson  and involved two wooden spoons, one small and one large. Big Ted and Little Ted my grandmother called them. Porridge meant a thick silver saucepan with the flame turned down low. Porridge meant concentrating as hard on the thickening gloop in the pan as the order of keys from A to Z.

Now I live on a boat, porridge is a morale-enhancing food. Porridge wards off the cold, but only if you eat it the minute you turn off the gas. You have to watch porridge like a hawk, then pounce and pour.

Porridge has peculiar timings. You can’t con it into the business of thickening. It takes its own sweet time. As my friend Dennis puts it, if you rush the porridge process (he means his latest trial and error sessions at the hob) you find yourself locked into a constant process of recovery. Once you’ve added too much milk or water you’re done for.

Like character, porridge is easily ruined, and for that reason porridge belongs to the realm of fairytale.

As I stir my porridge into being I can hear my grandmother’s voice over my shoulder. Don’t rush it. Let it settle. Stir slowly. Keep the flame low and steady don’t whizz that spoon around like that young lady. You’re making me giddy.

Porridge is a meal that tests character: it’s moral is always less haste and more speed. If we recall other porridge heroines there is Goldilocks who savours her dish among bears; and then poor Jane Eyre who suffers the taste of burnt porridge at Lowood School as a peculiar form of penance.

As I stir my porridge slowly I hear my grandmother’s strict advice: the taste of burnt porridge is more foul than anything on earth. Don’t let your eyes wander.

As I write this, my friend Dennis has just emerged from his kitchen with a warm bowl of porridge. He’s been at it for forty-five minutes. I sample his porridge: he’s used big, chunky oats. They take a hell of a time to cook. But he’s got it right. He’s coaxed these oats into something delicate and smooth; at the same time he’s managed to banish the fey. These oats have character: substance.

Sally Bayley is the author of The Private Life of the Diary (Unbound, £20), a Penguin Must-Read book

One of the best suppliers of porridge oats is Flavahans who have been milling in Co Waterford, Ireland since  1785. This is their recipe for porridge:

In a saucepan, stir 80g of Flahavans organic porridge oats into 550ml of cold water or milk. Bring to the boil and simmer for 3 minutes, stirring continuously. Eat immediately.