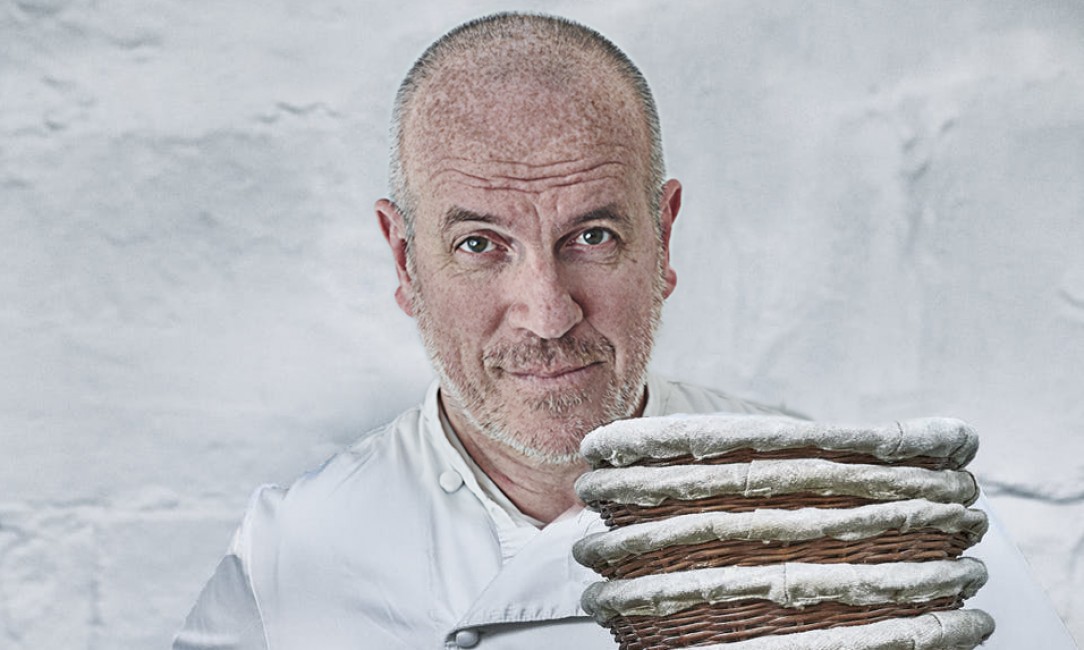 Lionel Poilane’s Guide de l’Amateur de Pain. It’s in French but I love to still go back to it from time to time. Poilane was my bread hero and I was lucky to have met him and his daughter

Jo, my now wife and I, dated over copious amount of seafood and Muscadet sur Lie. Seafood is the ultimate flirty food

There too many friends and chefs  I would like to share food with to mention, but the four people who matter the most (and always find it a treat when we do) are my wife and three children, Jack, Tom and Lola. As they grow it’s becoming more and more precious

I love a good burger especially when it is nice and rare.  Often when I do some food festival I’ll always treat myself to a few and a few beers

Probably the scene in Katz’s deli in New York in the movie When Harry met Sally.  I took the family there a couple of years ago and it was very memorable but not for the same reasons – this time it was for the enormous salt beef sandwiches

I had a few! When I was an apprentice we learnt the hard way.  And I remember falling asleep as I was so tired – only for five minutes but  just enough to over-bake an oven load of baguettes. I got my ass kicked and my day was going to get even worse

On a more domestic level, I was teaching my son and a friend of his to make mayonnaise when they were about ten years old.  We were using the blender and we didn’t put the lid on properly when we turned it on.  We covered ourselves and the entirety of the kitchen in mayonnaise.  I have never seen such a mess and it took ages to clear up because we were laughing so much

The best thing to do with stale bread?

We all waste far too much food and it always breaks my heart to see bread wasted. Bread pudding or summer pudding are a good way to use it up or try making croutons or breadcrumbs and popping them in the freezer

Definitely a huge seafood platter ! I’ll make it last as long as possible with a large loaf of sourdough and couple of bottles of good white wine! I’d die happy then

I can show the dough who’s boss! And I am good at washing up

Enough to stop the kids whining and say there’s nothing to eat in this house.  Breton salted butter, milk of all types, a few bottles of wine and tonic water, pickles and olives plus enough for  two or three evening meals

When I met Jo the first dish she cooked for me was a smoked haddock chowder passed down from her mum.  I still cook it –  it’s a winner.