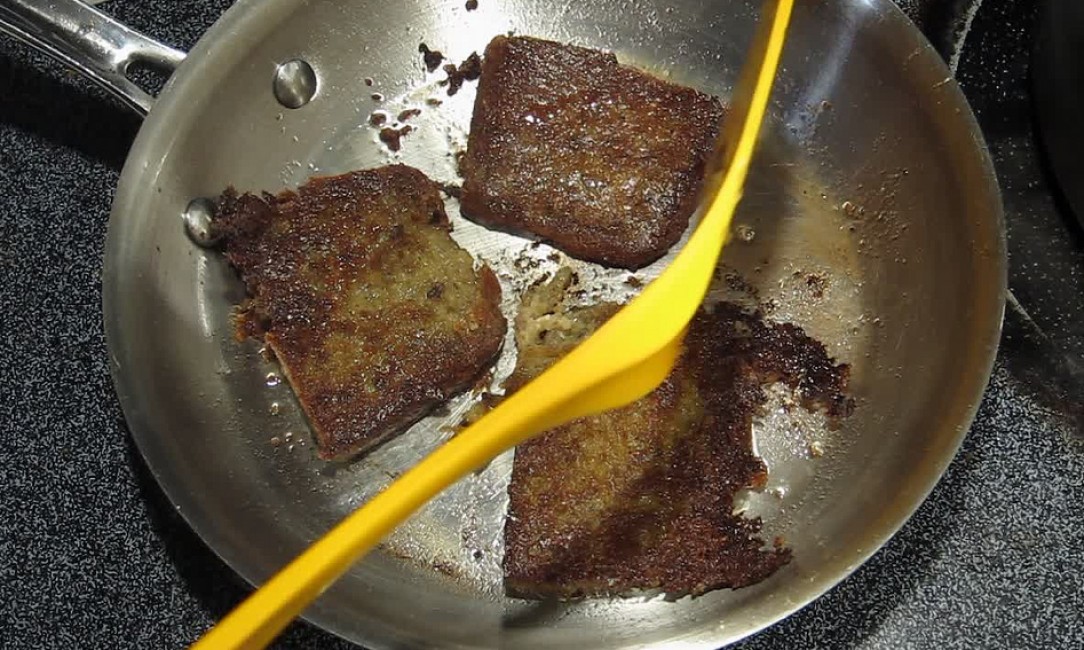 The GIs stationed in Wareham during the war were part of the US First Division, which had fought in North Africa and Sicily, and would go on to fight on Omaha beach in the Normandy invasion. In my novel Should You Ask Me Tom Lawrence from Wilmington in Delaware, who is Colonel Seitz’s driver at Binnegar Hall, talks to Mrs Bascombe about cooking offal. This is how he might have remembered his mother’s recipe for scrapple, common in Delaware, Maryland, Pennsylvania and New Jersey.

Put the pig meat into a large pan with the onion and water. Bring to the boil and simmer gently, covered, for two to three hours. Drain, keeping the stock. Discard the onion and any bones, and chop the meat as finely as you can.

Mix the cornmeal with a third of the cooled stock. Put the remaining stock in a pan with the meat, the sage, and the salt and pepper, and bring to the boil. Slowly add the stock-and-cornmeal mixture and stir constantly over a medium heat until thick. Cover and cook over a very low heat for another half an hour, stirring often to stop it sticking to the bottom of the pan.

Pour the mixture into greased loaf tins and allow to cool.

When set, turn out, cut into thin slices, and fry on both sides until crusty and brown. Serve with maple syrup, mustard, or apple sauce, with fried eggs.

** cornflour or polenta will do

Marianne Kavanagh’s wartime thriller Should You Ask Me is published by Hodder & Stoughton, £16.99, this week. To read Marianne’s piece about wartime food, visit breadandoysters.com/journal