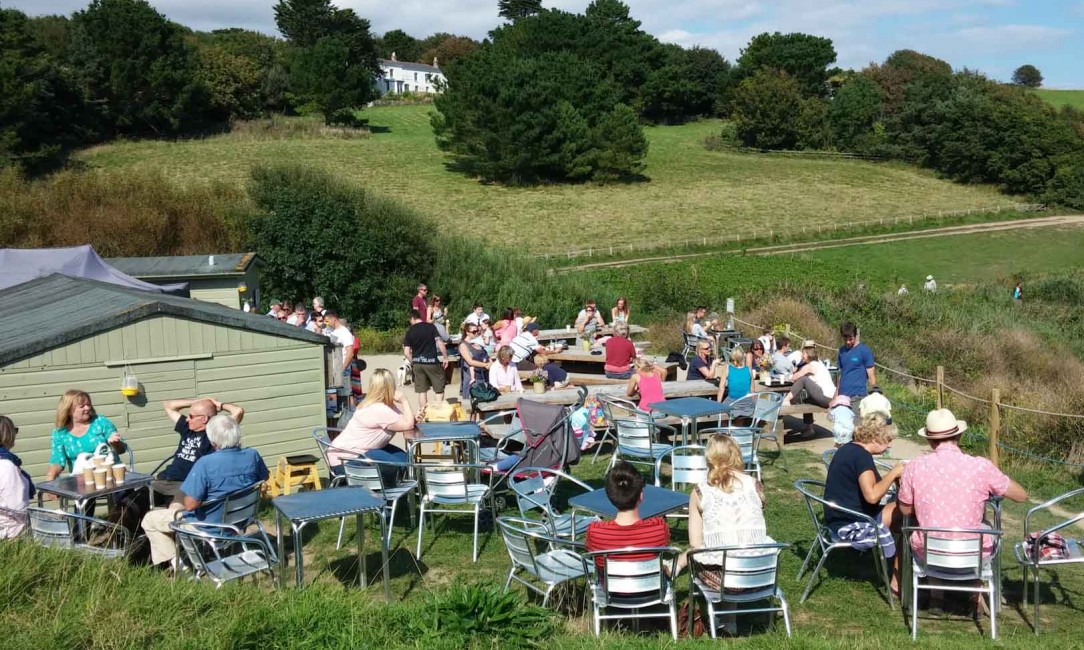 Erstwhile Cornish snack-stand, now a restaurant so hot that tickets for its 600 covers sell out almost as soon as they are released, The Hidden Hut has done for Cornwall what El Bulli once did for Catalonia. But even if you’re one of the lucky 600 to gain admission, finding the Hidden Hut is another matter, hidden being very much the operative word – this tiny outdoor eating place exists on a remote beach without access road or mobile signal.

Should you make it, The Hut, under the auspices of owners Simon Stallard and Jemma Glass, offers the kind of simple seaside food that British beach-goers rarely find in situ… and, in the evenings, informal, candlelit open-air feasts on the Cornish sands. Bring your own plates, blankets and beer. What more could you want in a heatwave…

And now you don’t even have to go satnav-less into the wilds. In a generous gesture, Stallard has just published the first Hidden Hut cookbook, stuffed with his luscious recipes divided into Dawn, Noon, Dusk and Afters, ranging from crab claws with lemon and garlic broth, salt cod and tomato stew and beef shin ragu to monkfish curry, chocolate chestnut torte, brown bread ice cream and campfire fudge fondue.

He’s even added notes on cooking over fire… So you can make your own Hidden Hut feasts, even if you have to consume the results in a North London bedsit with the roar of traffic rather than waves as accompaniment.